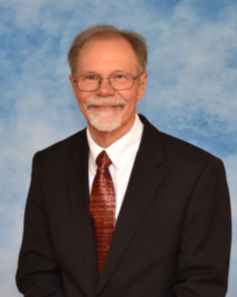 Pastor Jim and his wife Melanie (who he met at Church Camp) came to Kingwood with their family in 1988. Their children, Brent and Erin were raised here. Both are graduates of Rockwood High School and Liberty University. Pastor Jim is a graduate of California University of Pennsylvania with a Bachelor’s degree in Social Work and of the Reformed Presbyterian Theological Seminary with a Master of Divinity Degree. Prior to entering seminary he served as a Law Enforcement Officer. He has been active in both the Allegheny Region and the General Conference, serving in a variety of positions in both. He served for 25 years on the Camp Sonrise Mountain Board and the board of Winebrenner Theological Seminary, but his greatest joy is ministry in and through the Kingwood Congregation. 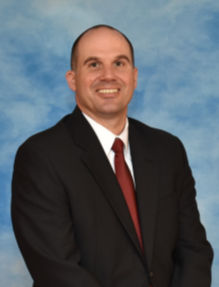 Pastor Vince has been a part of the Kingwood Church since his birth. He earned a Bachelor of Science in Education degree from Slippery Rock University and a Master of Arts in Religion degree from Liberty Baptist Theological Seminary. He served as a Lay Supply Speaker in the Allegheny Region Conference for a few years before joining the staff at Kingwood in 2007 as the Children’s Ministry Coordinator. Along with his position on staff at Kingwood, he is a math teacher at Shanksville-Stonycreek School District and coaches a local children’s baseball team. Pastor Vince and his wife Kerri have been blessed with three boys: Aaron, Nathan, & Eli.

The Bible is our creed and the authority for our beliefs and practices.

Kingwood Church of God is part of the Churches of God, General Conference, with offices in Findlay, Ohio. The Churches of God was founded in 1825, under the leadership of John Winebrenner in Harrisburg, Pennsylvania..

On March 13, 1876, Lemuel King and his wife Mary sold land to Peter Loucks, Treasurer of the West Pennsylvania Eldership. The Kingwood Church of God, which consisted of 35 members, was constructed on this land. Elder Loucks preached the first sermon on October 8, 1876.

In 1900, the church was repaired and painted. Many grand meetings were held over the years, and many souls came to the altar. In the fall of 1917, Rev. F. O. Eakin conducted some of the most inspiring and spiritual revival services in the history of the church. 106 souls confessed Christ as their Savior during Rev. Eakin’s four weeks of services.

In 1920, the church was renovated and a two story addition was added to the church. The second floor was used for Sunday school rooms, the first floor opened into the sanctuary through sliding doors, and a vestibule was added with a bell tower. New stained glass memorial windows were installed. The church was rededicated on September 26, 1920.

On December 29, 1933, the church met with great loss when the building was destroyed by fire. The IOOF Lodge offered its quarters as a temporary meeting space. A new building was constructed in 1934. The original memorial windows had been saved from the fire and were reinstalled. The new building was dedicated to the service of God on September 2, 1934.

In 1985, the church constructed an addition that provided more classrooms in the basement and on the main floor. Another floor was added in 1993 in order to provide additional Sunday school classrooms and the Sanctuary was revamped.

In 2014, the church acquired the former Kingwood Elementary school, which is now called the Kingwood Church of God Fellowship Center. It is currently being used as a place to meet for midweek services and various activities throughout the year.

The Kingwood Church has a strong history of growth and strives to make a positive impact in the community and worldwide by sharing the love of Jesus Christ through words and actions.