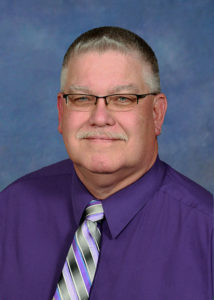 My wife and I have moved here from Ohio, back to our home state of PA.  I am originally from the Shippensburg area and Beth hails from Lancaster.

We lived in Harrisburg in the early years of our marriage and when I received a call to ministry, we moved to Findlay Ohio for me to attend Winebrenner Seminary.  Our plan was to go to seminary for three years and then return to PA.  That was in 1991.  I often say if you want God to laugh, tell him your plans.

During seminary I applied for and was accepted for the position of Director of Christian Ministry (campus pastor) to the University of Findlay. I served in that position on staff at College First Church of God for 23 years.  I also served in other positions at College First and our total time there was 29 years.

The Bible is our creed and the authority for our beliefs and practices.

Kingwood Church of God is part of the Churches of God, General Conference, with offices in Findlay, Ohio. The Churches of God was founded in 1825, under the leadership of John Winebrenner in Harrisburg, Pennsylvania.

On March 13, 1876, Lemuel King and his wife Mary sold land to Peter Loucks, Treasurer of the West Pennsylvania Eldership. The Kingwood Church of God, which consisted of 35 members, was constructed on this land. Elder Loucks preached the first sermon on October 8, 1876.

In 1900, the church was repaired and painted. Many grand meetings were held over the years, and many souls came to the altar. In the fall of 1917, Rev. F. O. Eakin conducted some of the most inspiring and spiritual revival services in the history of the church. 106 souls confessed Christ as their Savior during Rev. Eakin’s four weeks of services.

In 1920, the church was renovated, and a two-story addition was added to the church. The second floor was used for Sunday school rooms, the first floor opened into the sanctuary through sliding doors, and a vestibule was added with a bell tower. New stained glass memorial windows were installed. The church was rededicated on September 26, 1920.

On December 29, 1933, the church met with great loss when the building was destroyed by fire. The IOOF Lodge offered its quarters as a temporary meeting space. A new building was constructed in 1934. The original memorial windows had been saved from the fire and were reinstalled. The new building was dedicated to the service of God on September 2, 1934.

In 1985, the church constructed an addition that provided more classrooms in the basement and on the main floor. Another floor was added in 1993 in order to provide additional Sunday school classrooms and the Sanctuary was revamped.

In 2014, the church acquired the former Kingwood Elementary school, which is now called the Kingwood Church of God Fellowship Center. It is currently being used as a place to meet for midweek services and various activities throughout the year.

The Kingwood Church has a strong history of growth and strives to make a positive impact in the community and worldwide by sharing the love of Jesus Christ through words and actions.