To print or download, click below.  When finished, click on the back arrow on the top left of your screen to return to the Church of God site.

Have you ever wondered how a hymn originated?  Read the story below for some insight.

Repent and let every one of you be baptized in the name of Jesus Christ for the remission of sins…
Acts 2:38 (NKJV)

“I have a very special armor,” Lydia Baxter once told friends who asked her how she could be so radiant despite her health problems.  “I have the name of Jesus.  When the tempter tries to make me blue or despondent, I mention the name of Jesus, and he can’t get through to me anymore.”

Lydia, born in Petersburg, New York, on September 8,1809, was converted alongside her sister under the preaching of a Baptist evangelist named Eben Tucker.  She married Colonel John C. Baxter and moved to New York City, where she worked tirelessly for Christ until a severe illness left her bedridden.  Her attitude, however, was so sunny that the Baxter home became a gathering place for Christian workers.

Lydia also wrote gospel songs.  One of her favorites, “The Gate Ajar,” spoke of Christ’s leaving the gate open for us.  The chorus said:  “O depth of mercy!  Can it be / That gate was left ajar for me?”

In his memoirs, song leader Ira Sankey wrote of how popular this song became during D.L. Moody’s Great Britain Campaign of 1873-74.  “It was sung at the watchnight service in 1873,” Sankey said, “in the Free Assembly Hall of Edinburgh.  A young woman – Maggie Lindsay, of Aberdeen, Scotland – was much impressed by the hymn, and those seated by her side heard her exclaim, ‘O heavenly Father, is it true that the gate is standing ajar for me?  If it is so, I will go in.’  That night she became a disciple of the Lord Jesus…Scarcely a month later, on January 28, Maggie took a train for her home, but she never reached there alive…A collision took place, (and) a number of passengers were killed.  Maggie, all crushed and broken, was found in the wreck.  In one of her hands was a copy of her favorite hymn, “There Is a Gate That Stands Ajar.’”

“The Gate Ajar” is seldom sung now, but Lydia’s other popular hymn has stood the test of time.  “Take the Name of Jesus with You” sprang from Lydia’s own study of the precious name of Jesus in the Bible.  It was written four years before her death and published in 1871 by William Doane and Robert Lowry.

This has been quite an active month!

Carey Beth: You had better be careful when you go to print this month’s Contact. I hear when you and Natalie were coming out of the Fellowship Center after printing last month’s edition you were checked out by a State Trooper who asked if you needed any help.  I understand that you think your walker may have caught his attention. That may be so.

That is probably not the reason the trooper stopped when Pastor Jim & Pastor Vince were loitering there after Council Meeting one night. I’m pretty sure she stopped to see what these disreputable looking people were doing or planning to do! (Good thing PJ knew the trooper!)

I hear Kurt Miller managed to set the fire alarm off while making popcorn during the OCC flea market! Maybe we should sign you up for culinary lessons from Jesse Moore. You could call him “Uncle Jesse”, you know, sort of like the Dukes of Hazard!

I saw Barb Snyder pull Amy Moore’s hair right before the service began on Youth Sunday. I guess Barb thought since it was Youth Sunday she would revert to the way she (mis) behaved as a youth!

I think we need to add Aidan Ream to the list of people needing a new shotgun! I hear he tried to bag a turkey and his shotgun produced only smoke. Same offer as last month Dan. Give your credit card to one of the adult hunters in the congregation and they’ll be more than happy to take him shopping!

Kaitlyn King: I heard that jab you took at Aaron because of the way he feels about dogs. You may not have much room to talk. I understand that you may have a fear of birds – that you didn’t want to get out of the car at Jake & Karey Vough’s because of the vicious attack chickens roaming around!

Even though I’m excited for them, I’m always sort of sad to see our High School Seniors winding things down and getting ready to leave. So many last things for them! Let’s enjoy the time we still have with them this summer.

Did you notice how well our young people are represented in the school and other local events? I don’t if I’m missing anyone or anything or not, if so, it’s not an intentional slight, but look at this list!: Rockwood Jr/Sr High Scholar Recipients: Nathan Show, Chloe Weaver, Elika Pletcher, Aaron Show, Olivia Kemp, Kaitlyn King, Catherine Houghton, Emma Ream. Also Max’s involvement with the French Honor Society.

And let’s not forget Aaron Show and Andrew Weaver moving up to the big time getting to play a baseball game at The Curve Stadium.

Moving to opposite end of the spectrum: I keep hearing good things about the Retiree’s Luncheon. It really seems to have meant a lot to those who attended. Jesse, Cheryl – well done! Thank you. Just one thing: You might want to have a talk with Pastor Jim. I hear that even though she had volunteered to help with the luncheon, PJ was planning to sign up as her caregiver! No wonder the poor woman spends so much time in Connecticut!

Well folks, this little Mousie has to run. Don’t forget all the Chicken Barbecues and good things coming up this summer! What blessings.

Love & Summer Sunshine to all!
The Church Mouse June 30 – Church Picnic with New Centerville Church Of God at Laurel Hill State Park.  Meeting at the Lakeview pavilion.  Hot Dogs,  Buns and Condiments provided. Any other food, drinks appreciated! Short devotion to follow. Craft for kids. Come out and enjoy the fellowship with our sister Church and each other. Play corn hole, take a hike, play on the playground or take a swim. There is a sign-up sheet in the vestibule.  Hope to see you there!

The Super Seniors and Friends will be having a free Strawberry Social on June 12, 2021 at the Fellowship Center from 5:30 p.m. to 7:30 p.m.  Sign up in the vestibule so we can plan for you!  All ages are welcome!

**All registrations will be online this year.**

Mission Trip to Gamerco Summer 2023
In order to further plan our mission trip to the Navajo, we need to gauge interest.  We are NOT asking for a commitment at this point!!To determine the type of service mission trip, we need to have a general idea of who wants to go!  We would like to especially encourage our high school aged teens and a few men who know how to build a handicapped ramp to seriously consider going with us. The sign up sheet will be in the vestibule for the next month or two. Sign up and pray hard about your possible spot on our team!  We are blessed, to be a blessing!! 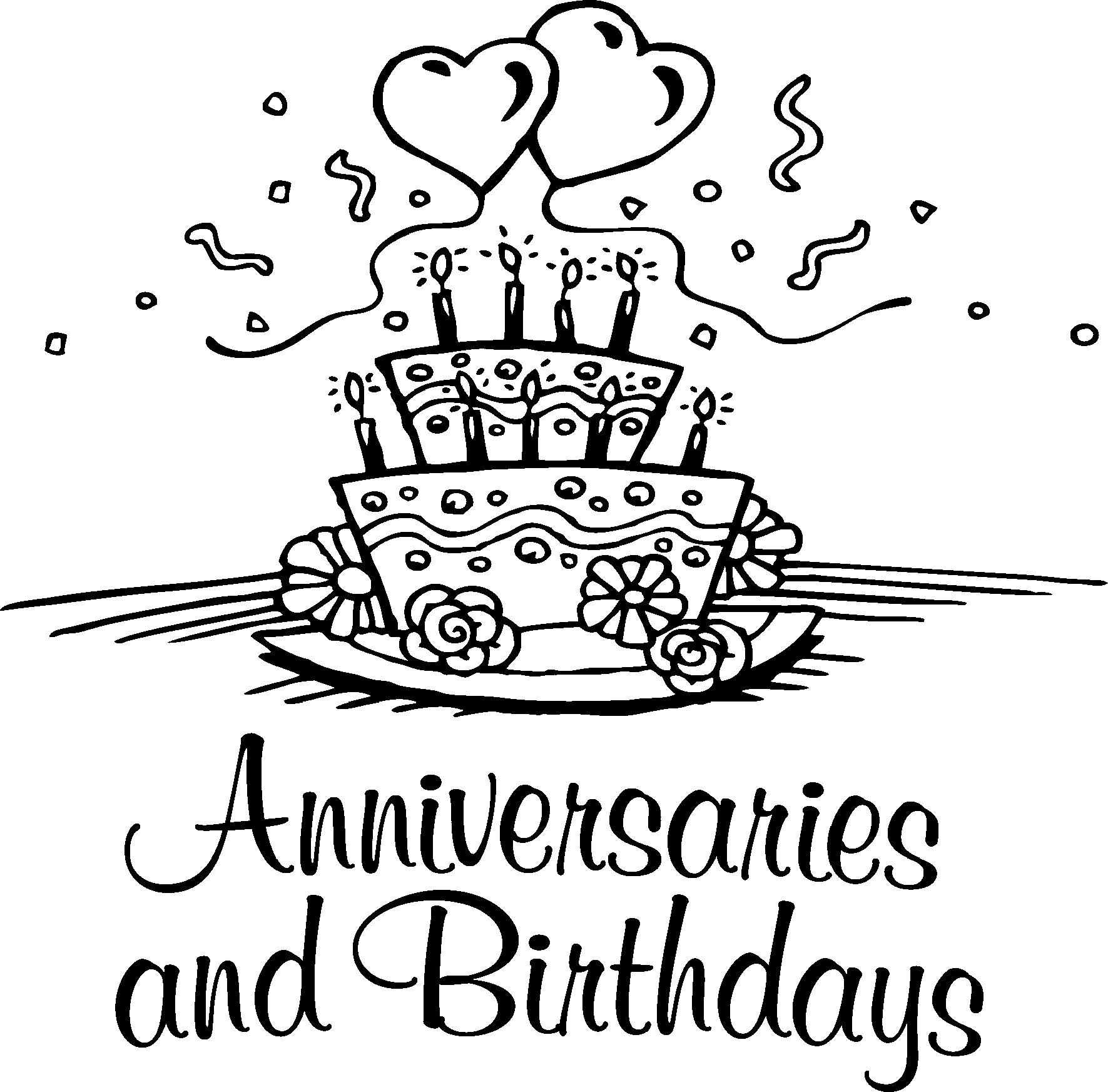 Mike and Dawn report that God is good!

Training for Kenyan Pastors:
Nancy Boyer and Lisa Wilt were able to get to Kenya to facilitate the zoom training for our friends in the Voice of the Gospel Ministry. It was a blessing to all the pastors attending as well as our Winebrenner friends!

When you are reading this – Memorial Day is probably in your rearview mirror!  It’s the beginning of Summer – the first holiday weekend – maybe your first picnic!  I can enjoy a picnic and the opportunity to try a little of this and that – maybe get a new recipe!  Recently I was talking with a young man about a family gathering/picnic.  He was hoping that someone would bring his favorite – DIRT!  Most of us know about DIRT at a picnic.  Sometimes people add gummy worms and a flower on top of the dish!  Recently DIRT was at our Church Bake Sale in single-serve containers and it was a great hit – thank you Hattie Luster!  Here’s a prettier version of DIRT.

Crush all the Oreos – save 8 for the top!  Press the crushed Oreos into a 9×13 buttered pan.  Get Cream Cheese to room temperature.  Mix cream cheese, instant pudding and milk, about one cup at a time.  Fold in the Cool Whip.   Pour this mixture onto the Oreo crust.  Cut the remaining cookies in half (using a sharp knife) and press into the top of the dessert.  Chill until ready to serve.  This is deeeelicious!

Here’s a salad that can be prepared the day-before.

Layer into a bowl in the order above – spread Mayo over top – cover and refrigerate overnight.  Stir right before serving!

Here are some American Historical Facts that are mostly unknown.
1.  Henry Ford, inventor of the Ford Model T and A cars also published an instructional Dance Book

2.  Henry Ford admired Nazi Germany and was presented The Grand Cross of the German Eagle by Hitler, the highest award a foreigner could earn.

3.  Dr. Mary Walker, a Union Civil War Medal of Honor Winner, army surgeon, and POW, was arrested several times after the war for wearing pants.
That was a no-no for women during that time in history.

4.  The Jamestown, Va. settlers survived the winter of 1609 existing almost entirely on a diet of oyste

5.  The Pilgrims of Plymouth, Mass. ate so much lobster that they grew to hate it.

6.  Maple Sugar was considered the poor man’s sugar in the late 1700’s. White cane sugar was much more expensive and harder to get.

8.  It was considered embarrassing to ask a sales clerk for medicated paper as it was called in the early 1900’s which was sold in flat sheets.
Irwin and Clarence Scott changed all that by putting the paper on a roll. That was the beginning of what we today call toilet paper.
The Scotts also invented the tissue for runny noses.

OLD BUSINESS:
Heating Oil -A second tank will be added.
Review of 5 Year Plan – Under Year 1 2021, items #2, 4 and 6 are currently being worked on.
Saturate USA – Pastor Monticue will bring additional information to be discussed at the June meeting.
Basketball Hoop – The hoop and backboard have been installed over a period of 2 work nights.
Security video camera – No new update.
Church roof and HVAC at the Fellowship Center – Council approved the replacement of the church roof at a cost not to exceed $50,000. Council also approved to add HVAC to three more rooms at the Fellowship Center at a cost not to exceed $20,000.   These two items will be voted during special Congregational Meetings to be held Sunday, May 30th after both Worship Services.

Drainage at Center – No activity.

Church Security – A motion was made and carried to allow the committee to meet with a Somerset County Police Officer to help assist with a security plan.

NEW BUSINESS:
Blinds for the Youth Room – Renee Moore was approved by council to purchase blinds for classroom.

Meeting was adjourned with closing prayer by Pastor Show.